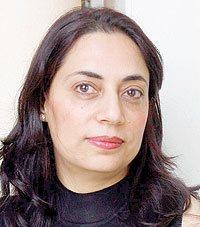 Hassan is a Syrian writer and author living in Paris since 2004. Hassan has published six novels so far, and has written several articles published in several newspapers distributed in the Arab world. In addition to publishing, Hassan participated in many cultural activities in Europe and the Arab World: Strasbourg, Sharjah, Frankfurt, Beirut, Casablanca, Brussels, just to name a few. Finally, she received the Hellman Hammett Prize from Human Rights Watch in 2005, a prize awarded to human rights activists.

24 April 2014
Women’s revolutions in the shadow of the Arab Spring: Has the time come?