Freedom is a Constant Struggle: Ferguson, Palestine, and the Foundations of a Movement by Angela Y. Davis

Roua Seghaier reviews Angela Davis’ "Freedom is a Constant Struggle: Ferguson, Palestine, and the Foundations of a Movement." She highlights the intersections of history, memory, resistance, and movement building in times of violence. "International solidarity is not only possible, it is already showing signs of its emergence. Davis explains that the Ferguson movement has understood that it does not need the traditional charismatic Black male leadership. Without romanticizing the movement, she explains that agency shall not be limited to leaders, centering collectivity at the core of change instead."
By Roua Seghaier 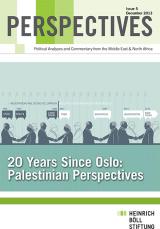